Everyone wants to win on DealDash, but sadly there is only one winner in each auction. Sometimes you lose, and that’s OK. Here’s why.

There are hundreds of auctions every day on DealDash, and a winner for each auction. Unfortunately, there are many more people who lose each auction than win. I used to track my win/loss records on DealDash, and I found myself winning a little more than 10% of the time. I feel that’s probably pretty average, and I used my loses to learn and grow. Here are a few reasons why not being the winner isn’t so bad.

I hope this article has helped you learn a little bit about DealDash! We all want to win, but sometimes we BIN. Just click this link and you will be taken to DealDash so you can browse the auctions. I hope that this article has been helpful for you. Be sure to check out DealDashBlog every Monday, Wednesday, and Saturday for more tips and articles to help you understand DealDash. Good luck and happy bidding everyone!

Everyone is a winner on DealDash. WIN even more with these tips that everyone can use.

People from all ages and walks of life are winning on DealDash. It doesn’t matter of you are a 21 year old college student or an 80 year old grandmother, everyone has an equal chance of winning on DealDash. Even though your age and station have nothing to do with your amount of wins, your knowledge of DealDash and how the auctions work definitely does! Here are some things that you should be aware of before you get serious about bidding in an auction.

I hope that this article has been helpful for you to think about the way that you are bidding and using DealDash. Visit DealDash and check out the auctions (here), and also be sure to check out DealDashBlog every Monday, Wednesday, and Saturday for more tips and articles to help you understand DealDash. Good luck and happy bidding everyone! 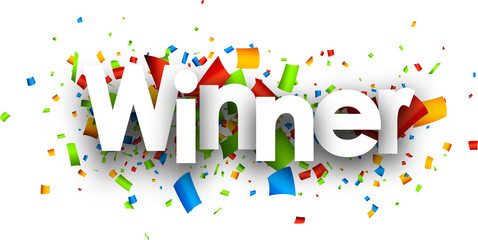 The best photo of the week goes to Sandra and her husband Mike (on the photo).

Congratulations! You just won 1000 free DealDash bids for posting this great photo of the Night Owl Galactic Night Vision Monocular (valued at $345) that you won using 731 bids. Great Bidding! Since it was a FREE Auction Day, they only paid a $0.01 processing fee to have their item shipped 🙂

DealDash is always on the cutting edge of what’s new in technology. They always have the newest and greatest items for techie’s everywhere.

DealDash was born in the technology age, it was founded in 2009, a mere 7 years ago. A lot can change in 7 years, though – 7 years ago Twitter was a relatively unknown site, Windows 7 was launched, satellite navigation was implemented on smartphones, and people really started downloading apps – more so than ever before. Here we are, 7 years later – Twitter has absolutely exploded in popularity, we are now on Windows 10, we all got through the comically horrible Apple Maps update, we have all embraced Google Maps as the holy grail of satellite navigation, and on the app front…DealDash now has an app!

The DealDash app is great! It’s nice to be able to check DealDash auctions from anywhere! You can also buy bids, bookmark auctions so you can come back to them later, and set or remove BidBuddies. It’s awesome to be able to DealDash while on the go.

Here is the Android version on Google Play – https://play.google.com/store/apps/details?id=com.dealdash&hl=en

Aren’t you glad that DealDash likes to keep up with technology? If you’re reading this blog on your iPad or smartphone you could simply click on this link to go to DealDash and bid that way – but it’s really not optimized for the mobile experience, that’s why I recommend that you use the app, instead. It has a much better layout and easier to use interface for DealDashing on the go.

Now that you have downloaded the DealDash app you’re ready to be a winner, even when you’re not at home in front of your computer. Just use your quick and easy access to DealDash on the go and win more auctions. It’s easy and fun to  win with the DealDash app. Good luck and happy bidding everyone!

Shopping and bidding on Deal Dash is a wonderful hobby. I learn new things every time that I play. Here are a few handy tips that can help you win many auctions.

Winning DealDash auctions can be difficult or easy, but it’s never really very complicated. You just need to find your own winning formula and use it to help you win auctions. Here are some tips and tricks that I use in many auctions.

Download the DealDash app for winning on the go. You can get the app for both iOS and Android operating systems. After you have used the app, be sure to rate and review it! If you have any suggestions for the app you can always send DealDash customer service an email and they can forward it to the proper people for consideration.

Here is the Android version on Google Play –https://play.google.com/store/apps/details?id=com.dealdash&hl=en

I hope that you have found this article helpful, thanks for reading! Go check out DealDash at this link right here. Good Luck and Happy Bidding everyone!