The best photo of the week goes to Janis.

Congratulations! You just won 1000 free DealDash bids for posting this great photo of the$250 ExxonMobil Gift Card that you won for only $9.35 – Great deal!

Black Friday is finally over! Did you get any good deals at the mall? DealDash still has plenty of good deals left.

Welcome back to DealDash Blog! I hope that you had a wonderful Thanksgiving with your family and that you were able to snag some great Black Friday deals at the mall. Now that Black Friday is officially over, we are less than a month away from Christmas, can you believe it?! From now until Christmas Eve the traffic is going to be awful, the mall parking lot will have no available spots, and the mall itself will be packed. Why in the world would you want to subject yourself to that? Just log-in to DealDash and you can finish up your shopping without even getting out of your favorite chair.

If you’re thinking to yourself that maybe you could just order some things online instead of bidding on them on DealDash – I would tell you to think again! DealDash offers free shipping on each and every auction – no matter what the retail price or the final auction fee that ends up being the winning bid. Most other websites make you spend a minimum of $35 or even $50 to get free shipping. Not DealDash!! Shipping is always fast and free. All of my items always arrive in excellent condition, and well-packaged.

Now that you have gotten a great start to your shopping this year, it’s time for you to make a list. Who else do you need to buy for, what would they like, and what is your price range? Next, check on DealDash and see what you can find that you can win to cross an item off of your list. DealDash has thousands of items in their catalogue, and you can browse on DealDash 24/7.

Remember, DealDash has fast shipping, so you can still win auctions and order them in time for arrive for a Christmas delivery. Plan ahead and visit DealDash to make sure that everyone on your list gets something that they love, and you get it at a price that’s within your budget. Have a wonderful week, visit DealDash now to browse the auctions. Good luck and happy bidding everyone! 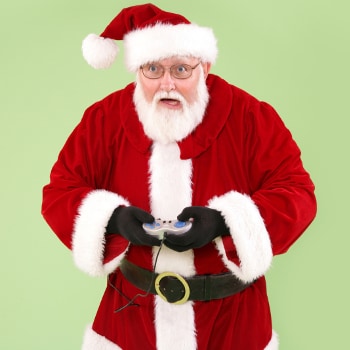 Black Friday is in TWO days, are you excited for the bargains that you will be able to snag? But wait! You can get bargains on DealDash without even standing in line…

DealDash has awesome deals daily, of course! However, if history is any indication of the future – DealDash is going to have some great promotions going on for Thanksgiving, and also on Black Friday. Don’t waste your time standing in line in the cold weather! Snuggle up on the couch with a blanket and a cup of hot cocoa and browse the auctions on DealDash.

Internet shopping is a wonderful way to snag deals on the perfect gifts for your favorite people, but sometimes those other websites don’t seem to deliver on the quality of items or on their online customer service. DealDash backs up all of the products that they offer up for auction, and everyone says that DealDash customer service simply can’t be beat!

DealDash customer service is available 24 hours a day, 7 days per week. Just fill out a request for help, and a customer service rep will reply to you very quickly. DealDash reps are both friendly and totally knowledgeable about all of the ins and outs of DealDash.

DealDash has great products, great customer service, and they also offer some amazing features like the BidBuddy and No Jumper™ auctions to help people win great deals! DealDash is the only auction site to offer the BidBuddy, and he is imperative to help you win auctions at low bargain prices.

Instead of browsing the newspaper sale ads for Black Friday deals, why not browse the auctions on DealDash instead? DealDash has great items in every category, and the BIN (Buy It Now) feature is available on each and every single auction, every day.

Make sure that you check DealDash on both days – Thanksgiving and Black Friday – to see what promotions DealDash is offering that day. And remember – if you see the bid price drop below 14 cents be sure to buy a big bid pack! Bid prices rarely go that cheaply, so it’s smart to stock up. Good luck and happy bidding everyone! Are you new to DealDash? You’re going to want to read this. Here is a quick guide on how to get started.

Thanks for joining DealDash! DealDash is a very fun and useful shopping entertainment website that is not only easy to learn how to do, but will also save you money in the long run. Navigating to the site and signing up is the first step, then it would benefit you to read all of the House Rules, as well as the blogs to make sure that you are getting the most out of your experience. However, here is a short overview of what you need to do to really get started bidding and winning.

Now go out there and bid on DealDash! I hope that this article has been helpful for you. Go check out the site and enjoy being a brand new bidder. Pick a lower valued item, or a gift card that you don’t mind paying full price for if you don’t happen to win, and start bidding! Good luck and happy bidding everyone!