When it comes to romance and imagination, DealDash is just the place for finding just the right gift to impress your Valentine. All it takes is a quick browse on DealDash to figure out something your loved one will treasure. Let’s take a look at some of my favorites!

END_OF_DOCUMENT_TOKEN_TO_BE_REPLACED

Spring is in the air, and for most of us that means that a little spring cleaning is in order. DealDash has your supplies ready.

Now is the time for spring cleaning, and I couldn’t think of a better chore to do right now than steam clean my carpets and get them ready for summer. DealDash has a pair of cleaners that would be great for giving your carpets a deep cleaning this summer – the  Bissell Premier Pet 17N4 upright deep cleaner for most of the work, and the Bissell Spot Clean, 5207W to get those stubborn spots that just won’t come up with normal measures. This would be a great combination to win that would make your carpets look and smell just like new. You can find these and even more Bissell cleaning products on DealDash at this link here. 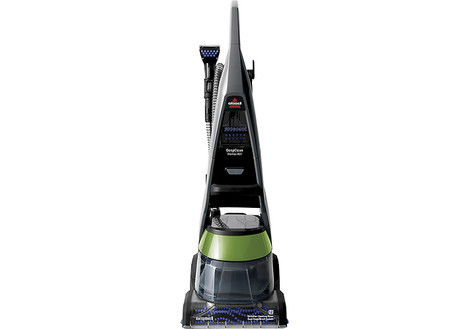 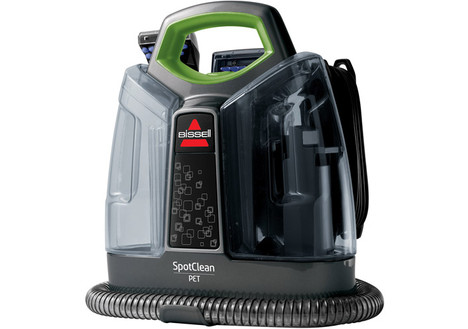 Speaking of vacuums, when is the last time that you vacuumed your basement and garage? This would be a great spring cleaning project for you to tackle while the air is fresh and you are feeling optimistic about the whole cleaning idea. DealDash has a vacuum that is specifically meant to be used to clean the garage. It’s called the Garage Utility Vacuum, and it’s made by Hoover. You can find the GUV at this link here. After you have vacuumed your garage and basement, how about putting up those shelves that have been sitting around waiting for you to get around to them? Once you have put up some nice shelves it will be so much easier to get all of your tools and outdoors things organized. You can find an assortment of garage and basement shelves on DealDash at this link here. 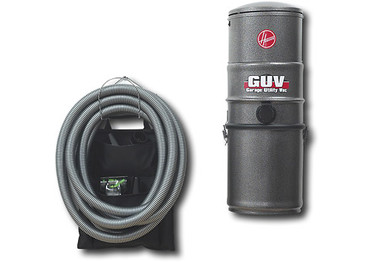 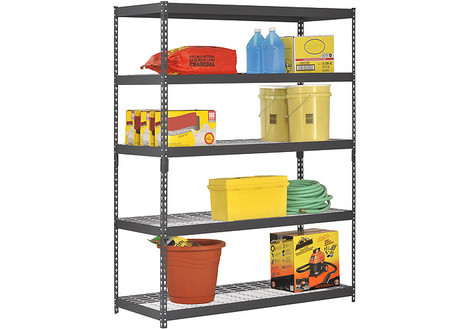 Speaking of getting cleaned and organized, how is your deck or porch looking lately? I know that in the fall my desk becomes a catch-all for some of the things that stay outside in the winter, and it could really look much tidier. When thinking of ideas how I can maximize my space yet still keep all of my items, I came across this resin wicker seat. It can store a lot of small items, it’s capacity is 22 gallons. It’s also very cute and looks great on the deck as well as providing an extra seating option for when our deck chairs are all occupied. If you’re looking for something similar check out this link here. 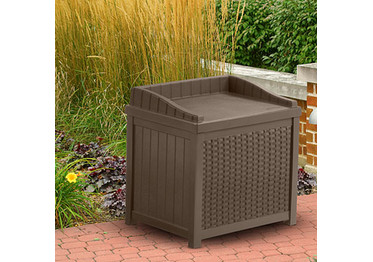 In case you need something that I haven’t mentioned, DealDash has all of your cleaning supplies covered, – they carry everything from the biggest items like vacuums and steam cleaners all the way down to the most humble of the cleaning supplies – paper towels, dish soap, and spray cleaners. Good luck and happy bidding everyone!

No, I don’t mean about DealDash’s competition – DealDash is great without having to drag down other’s image! I mean let’s talk trash, literally.

This is probably a subject that you don’t think about very often, but what kind of garbage cans do you have in your house? Most people have a big trash can in the kitchen, smaller ones in the bedrooms and bathrooms, and maybe one in the basement/laundry room area. When you think about it, that’s a lot of trash receptacles!

As the owner of a couple of small children who I am trying to teach how to be neat and clean I am very adamant that they throw away all of their trash, all of the time. In my kitchen we used to have an old “step on” garbage can that’s lid was supposed to lift when you put your foot on the pedal. However, it was on the older side as well as being made out of cheap plastic, so the lid only opened about halfway most of the time. Which, of course, would result in the kids using one of their little hands to pull open the dirty grimy lid the rest of the way, YUCK! 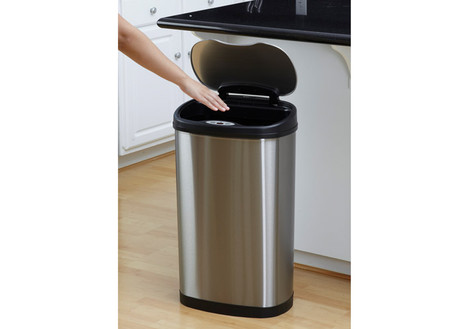 It was really just luck that I saw the automatic motion sensor garbage cans on DealDash. I never knew that such a product existed before I stumbled upon it on DealDash. When I saw it, I knew that I had to have it! The 13.2 gallon size is just perfect for my kitchen and laundry area. It truly works as well as advertised – just wave your hand or the trash that you want to throw away above the sensor and the lid will open. It takes AA batteries, or you can get a separate AC adapter cord so you don’t have to put batteries in.

Since I have been enjoying my 13.2 gallon garbage can in the kitchen I have been looking into getting a bunch of the 8 gallon versions for the bedrooms and bathrooms. They are just so cute! And of course I love the fact that my children and I don’t have to touch any old stinky garbage can lids anymore. Check out the different selections at this link. 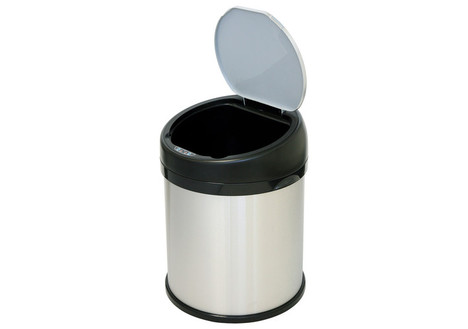 If you’re not in the market to replace your garbage cans right now,  DealDash still has all of your cleaning supplies covered, – they carry everything from the biggest items like vacuums and steam cleaners all the way down to the most humble of the cleaning supplies – paper towels, dish soap, and spray cleaners. Have a Happy Thanksgiving tomorrow everyone!