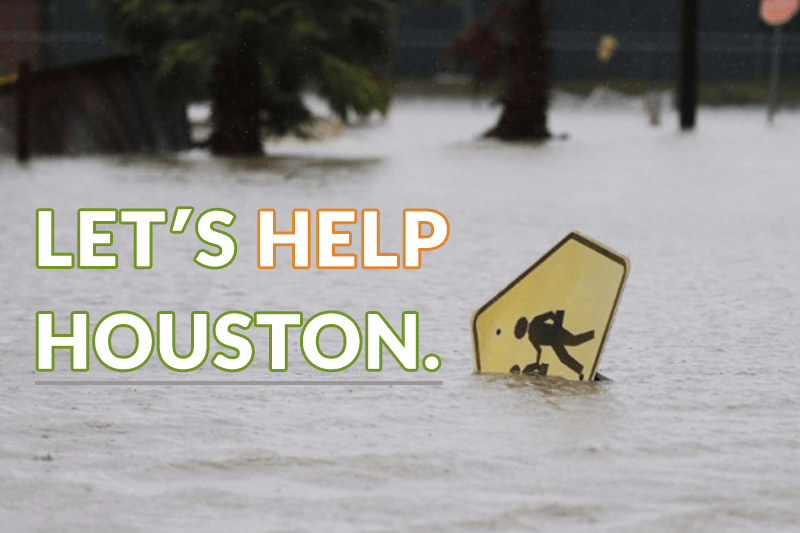 Welcome to the newest DealDash series, DealDash Heroes! Today we are going to be talking a little bit about Hurricane Harvey.

Hurricane Harvey was a Category 4 hurricane that hit Texas last week on August 25th. Many areas received more than 40 inches of rain as the hurricane spread over eastern Texas which caused catastrophic flooding. Some areas in Texas received up to 51.88 in of rain. The resulting floods affected hundreds of thousands of homes. Over 30,000 people were left homeless and the hurricane prompted more than 17,000 rescues. In addition to this, more than 300,000 people were left without electricity and billions of dollars of property damage was sustained in Texas. With all of these horrible statistics, you’re probably wondering what is being done to help these poor people who have lost their homes. Enter the heroes.

The U.S. Army Corps of Engineers have been working to manage the levels of flooding. While this isn’t what you typically think about when you think about people helping after a disaster, it’s very important work. These brave workers are doing their best to minimize the damage from more flooding in hopes that there will be less damage to people’s homes.

The National Guard have been working tirelessly on search and rescue, recovery, and clean up operations. This extremely important work is done to try and find more survivors, as well as to start cleaning up some of the major damage that was caused by the storm itself and also the flooding.

Even big companies and celebrities have gotten into the spirit of helping our disaster victims in Texas that were affected by Hurricane Harvey. Big corporations across the US donated more than a combined total of $72 million to relief efforts, amazingly, 42 companies donated at least $1 million.

In addition to big companies donating money, some big-name celebrities like Sandra Bullock, Rachel Ray, and Leonardo DiCaprio as well as a few major league sports teams have donated millions of dollars as well.

Big Name and Not so Big Name Charities

There has, of course, been significant help from some big name charities that you have probably heard of such as the American Red Cross, the Salvation Army, and the Humane Society. However there has been much help provided by some organizations that you might not be so familiar with such as the United States Equestrian Federation and Operation BBQ relief.

How Can We Help?

There has been so much damage and loss of income for these folks in Texas that they are going to need a lot of help. This isn’t a quick fix that will be over in a week or two, many of the people affected didn’t have any property or renter’s insurance so they are completely at the mercy of volunteers and charity organizations.

As a fellow American it’s our duty to try and help if we can. If you’re short on cash yourself, then perhaps you could help by donating some used clothing, toys, or household goods to your local Salvation Army. You also might want to check and see if your town is doing any kind of donation collection for the hurricane victims.

In my town there was a collection for pet food and supplies that are being sent down south. My daughter’s Girl Scout troop has “adopted” another Girl Scout troop in the affected area and each girl donated a stuffed animal and a non-perishable box of snacks. These might sound like very small ways to help a very big problem.

However, as someone who was once the victim of a different devastating hurricane, I can attest to the fact that even a little help is better than none. How would you feel if the only things that you owned in the world were the things you hurriedly stuffed into a backpack as you were evacuating?

If you would like to donate gift cards, then DealDash is the perfect place to obtain them. DealDash has some very practical gift cards that you can bid on such as Target, Wal-Mart, Sears, K-Mart, and fast food such as Subway, Arby’s, and Burger King. As I said before, every little bit helps, so let’s all help!

Thanks so much for reading this DealDash Blog article on Hurricane Harvey Heroes. Be sure to check back often for new articles here are well as on our other blogs, DealDash Reviewed and DealDash Tips. We hope that your DealDash experience is a happy one. Do feel free to let us know how we’re doing in the comments down below.

It’s time to WIN and BIN products on DealDash – perhaps you could win a gift card to donate to one of the Hurricane Harvey charities. DealDash has some awesome gift cards to bid on. Visit DealDash now to see how much you can save. Have fun on DealDash, and happy bidding everyone!

This sponsored DealDash blog was written by Dawn E, a mother of 3 who loves DealDash. Dawn was compensated for writing this blog. Read even more at DealDashTips.com, DealDashReviewed.com, or on her own blog, DawnBlogtopus.