Happy Memorial Day everyone! DealDash would like to take a moment to thank all of our service members, present and past, and wish everyone a wonderful day.

In case you weren’t aware, Memorial Day is a federal holiday in the United States for remembering the people who died while serving in the country’s armed forces: Army, Navy, Air Force, Marines, and the Coast Guard.  Memorial Day is observed every year on the last Monday of May. Normally people think of Memorial Day as the kickoff to the summer season, though technically this year the first day of summer is June 20th.

Memorial Day is not the same as Veteran’s Day; Veteran’s Day celebrates the service of all U.S. military veterans, and Memorial Day is a day of remembering the men and women who died while serving our country. Veteran’s Day is celebrated on November 11th. Both are very important patriotic holidays that can serve as great learning experiences for children and can encourage them into learning more about our nation’s history.

Memorial Day is celebrated in a variety of ways; typically there are parades, people visit the graves of family members or even strangers who served in the military, there are picnics, and of course everyone’s favorite – BBQs! 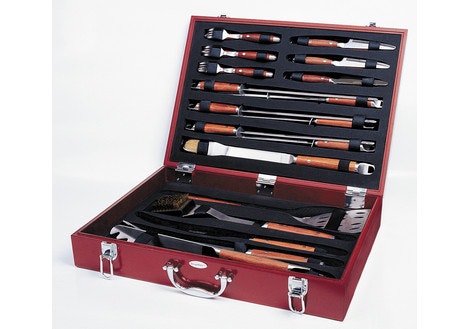 DealDash has many other grills and accessories, go ahead and check out the Home, Garden, and Tools category located here to pick some items that you can bid on right away. See how much you can save, good luck and happy bidding everyone!

Are you young and hip? Do you like luxury brands but think that a Rolex is better suited for your Dad? Check out NOOKA!

NOOKA is a relatively new company, it was founded in December 2005 in New York City, however NOOKA has offices worldwide including Japan and Europe. NOOKA  was founded by designer Matthew Waldman, they mostly design and produce watches that are primarily focused on the intersection of design and technology. With NOOKA you don’t need to know how to tell time like on an old school watch, they display readouts of bars, lines and dots representing a visual progression of time instead of using the hour and minute hands.

NOOKA’s first time pieces ever designed and successfully manufactured were the Zoo and Zot series of timepieces.  They were such a success that in 2010, the Zoo series and Zot series were inducted into the JIDA (Japan Industrial Designers’ Association) Design Museum as part of the Vol. 12 Selection. NOOKA doesn’t just make watches, though, they also make sunglasses,  bags, belts, figurines, wallets, and they are working on many other projects that haven’t even been reveled yet.

NOOKA has been featured in many publications. Just last month, NOOKA’s watch called the NOOKRONO was featured in June’s Issue of GQ, and NOOKA was also called “One of the best digital watch brands out there” by Highsnobiety.

Unfortunately for me, my very favorite NOOKA design is the Zot V-Series Galaxy watch – it has been discontinued for a long time, and they are pretty much impossible to find. It’s truly a work of beauty, with a galaxy inspired pattern all over the face and strap. Bring it back, NOOKA! Please!

You too can own an awesome NOOKA watch! There are different models, types, and colors on DealDash, book your Bid Buddy, and sit back and enjoy the watching and bidding in the auction. However, also remember, if you have bid up the auction to the point of retail price you should go ahead and hit the “Buy It Now” (BIN) button, because when you BIN the item for the retail price you get every single one of your bids back, immediately. You can then use the bids all over again to try and win another auction. Good luck and Happy Bidding, everyone!